Monroe Station as it was, when owned by Joe Lord in early 1970's 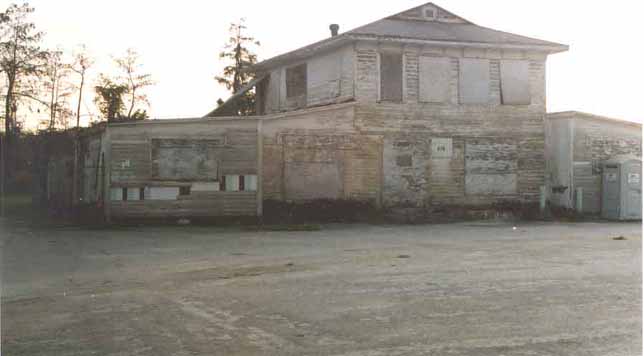 Monroe Station served as a way point for people using US 41 to cross the Big Cypress Swamp, Miami to Naples or the other way. For a time it was the only place you could get gas or something to eat when crossing Florida at the lower end of the state. During the early 70's, it was the only place to get gas, a cup of coffee, a repair or use a telephone in that area of the Big Cypress Swamp. After the Government created the Preserve, Joe Lord the owner was forced to remove his gas tanks, for reasons of pollution prevention and this lead to Monroe Station not being profitable anymore. The Big Cypress National Preserve took over ownership and like other properties it has taken over, stopped doing any maintenance on it. For a while it rented out space for ORV storage, but now it has stopped that. Plans call for it to be used as a ORV tow vehicle parking area in the future.

There were three structures like Monroe Station along US 41. One of these three structures was chosen for restoration, but it blew down in a hurricane a few years ago. An attempt was made to put Monroe Station on the National Register, but it never was. The structure is now termite riddled and beyond saving. I talked to one of the BCNP rangers about Monroe Station and he said they are waiting for a hurricane to come along and blow it down so they can get rid of it. They spent your tax dollars buying it and let it get into this condition, now they just want to get rid of it. The Big Cypress Swamp will lose more of its Traditional use and History when it goes.